This is National Cupcake Week which you can find out all about at nationalcupcakeweek.co.uk. 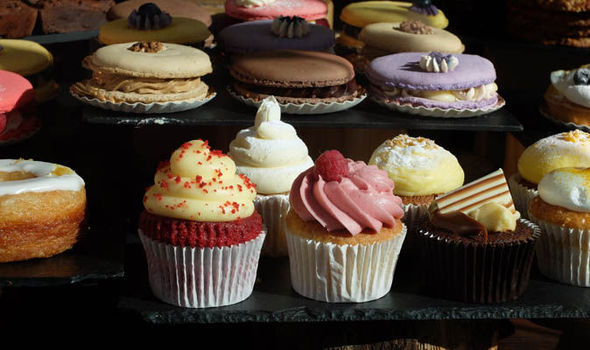 In the meantime here are some general cakey facts.1. The first cupcakes were so called, in the late 19th century, because they were baked in cups and made from ingredients measured by the cupful.2. In the Middle Ages, the word cake meant a flat round of bread baked hard on both sides.3. The anatomical term placenta is the Latin for cake. The placenta was named for its flat shape.4. The earliest mention of a cup cake was in 1796 in American Cookery by Amelia Simmons.

5. The world record for cupcake eating is 72 in six minutes and was set by Patrick Bertoletti in 2012.

6. The record for fruit cake eating is 4lb 14.25oz in 10 minutes, set by Sonya Thomas in 2003.7. Assumption Abbey in Missouri is the world’s only Trappist monastery that sells fruit cake on the internet (trappistmonks.com).8. A VAT tribunal in 1991 ruled that Jaffa Cakes are cakes not biscuits.9. For tax purposes, the essential difference between cakes and biscuits is that cakes go hard when stale but biscuits go soft.10. According to an old English superstition, putting a fruit cake under your pillow would make you dream about the person you will marry.